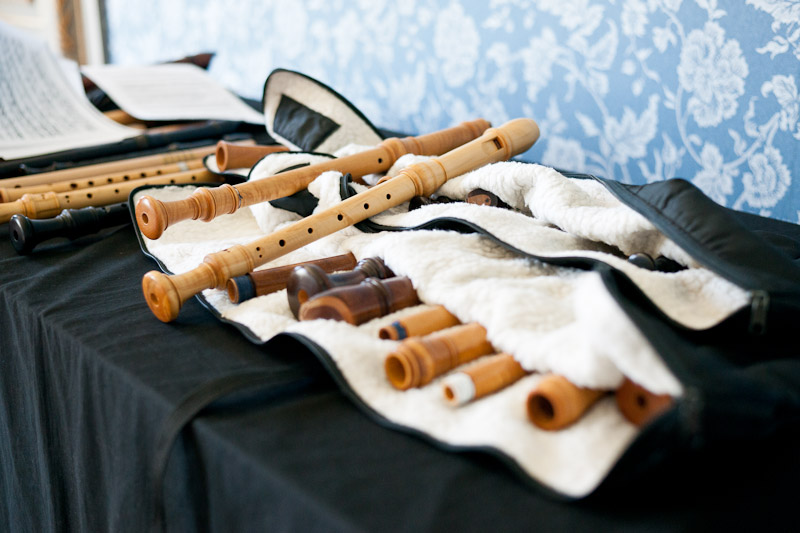 The Recorder makes a comeback

We are pleased to announce that ARTE TV has released a film about the recorder. You can watch the film at Arte, it is also shown on different TV stations.

The recorder is currently enjoying a renaissance and is well on its way to achieving cult status. Entire generations were teased at school on account of the instrument. Almost everybody had to learn how to play it, but only very few stuck with it. Nowadays, there are a number of virtuoso recorder players: the Swiss recorder player Maurice Steger ranks among the world stars.

Entire generations of children in Germany grew up alongside the recorder. The recorder is quite simply the school instrument because it is so simple to master. And yet, despite the fact that so many young people learn to play the recorder, very few actually stick with it. Even though the recorder is much better than its reputation may suggest.

For at least two decades now, the recorder is increasingly being heard in concert halls. The instrument’s recent major resurgence is in large part due to the efforts of one of the world’s best flautists, the Swiss recorder player Maurice Steger. He introduced the recorder to the concert hall, rediscovered long-forgotten pieces and thus greatly expanded its repertoire. He also revolutionised recorder playing in technical terms by developing a distinctive sound with a strong sonority.

The film follows the virtuoso player Maurice Steger over a period of time, giving us a glimpse into his world – it accompanies him to concerts in London, to masterclasses held at the Gstaad Baroque Academy, to a CD recording in the Alsatian commune of Guebwiller, to his recorder makers, to the Meyer brothers, deep into the Swiss mountains and to Taiwan, which is currently emerging as a recorder-playing nation. The film also reveals several bizarre, little-known anecdotes about the instrument. Those who think that the recorder is the preserve of Baroque music and the classic concert hall are way off the mark! “Die Blockflöte – Ein Comeback. Der neue Sound von Maurice Steger“// “The recorder – a comeback.

The new sound of Maurice Steger” is a film about the renaissance currently being enjoyed by the recorder, which is well on its way to achieving cult status.

Next Post
Gstaad Baroque Academy
Previous Post
Here’s to a great start to the summer!
View all Newsitems