The most beautiful week of the year: Gstaad Baroque Academy

The “most beautiful week of the year” is approaching and we hereby cordially invite you to be a part of it: from 30 August until 5 September, Maurice Steger will once again head up the Gstaad Baroque Academy , a top-class event by and for young musicians and soloists in the field of early music and for recorder players with a promising future.

Steger will not only serve as professor, but also invite several of his musical colleagues to Gstaad to mentor the young musicians. Thus 15 teachers will guide the 35 active participants through the week: these will include Mauro Valli (Baroque cello), Fiorenza de Donatis and Plamena Nikitassova (Baroque violin). The Baroque orchestra from Italian-speaking Switzerland, the ‘Barocchisti‘, will serve as the orchestra in residence and accompany the young musicians during Italian recorder concerts. Sabrina Frey will once again serve as our indispensable recorder fairy godmother. The harpsichordists Dieter Weitz, Eriko Wakita and Jermaine Sprosse will assist Steger during the many teaching sessions, and are looking forward to the workshops, individual classes and farewell concert in the Kirchgemeindehaus Gstaad at 5.45 p.m. on 5 September.

And the audience, the valued guests, are also allowed to listen in, give their opinion and provide feedback to the young musicians: each day between 11 a.m. and 1.20 p.m. and 2.15 p.m. and 4.30 pm from Sunday 30 August until Friday 4 September, Professor Steger will hold the public classes in the Salon Festival of the Ermitage in Schönried ob Gstaad.

We are also offering public workshops: the cellist Mauro Valli will be teaching Italian sonatas on Thursday 3 September from 2 p.m. until 5 p.m.. In the neighbouring hall, the Barocchisti will work with six of the young musicians to perform works by Vivaldi, Blavet and Mancini. On the following day, 4 September, Ms Plamena Nikitassova will teach ornamentalised instrumental music from the early 18th century. The young musicians will also have the opportunity to be enchanted by the music of the 17th century as performed by conductor, double bassist and chamber music expert Vanni Moretto. This will all take place at the Ermitage in Schönried.

The farewell concert will take place in the Kirchgemeindehaus (Untergstaadstrasse) in the heart of the village of Gstaad – we all look forward to this happy event: please join us at 5.45 p.m. on 5 September (http://www.gstaadmenuhinfestival.ch/site/de/gstaad-baroque-academy-abschlusskonzert.html)!

See you soon in Gstaad! 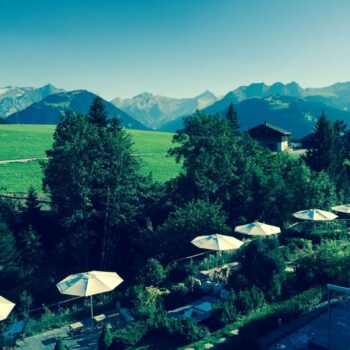 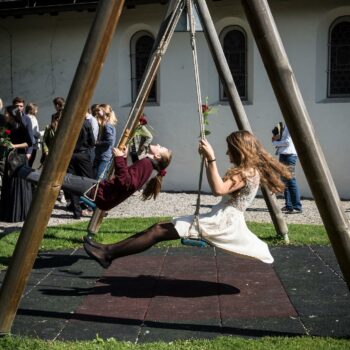