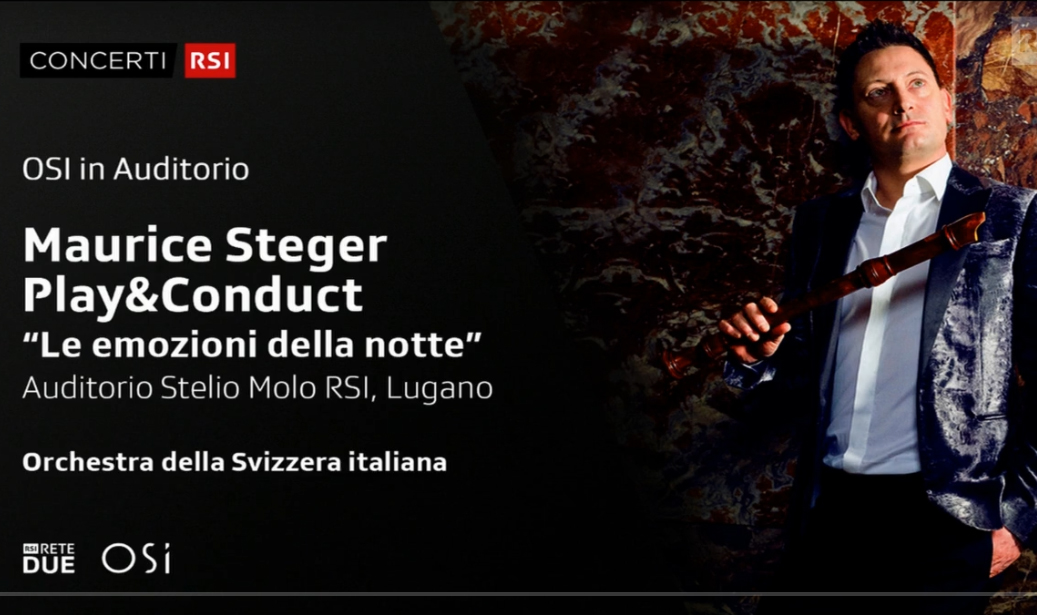 Maurice Steger conducted a highly acclaimed live stream concert with works by J. S. Bach, A. Vivaldi, T. Hosokawa, W. A. Mozart, G. Finger and W. Babell. Together with the Orchestra della Svizzera Italiana (OSI), the sound magician Steger will transport you to very different emotions of the night musics, some of which were written over 300 years ago, were only composed in these years or were even improvised in concert.